Based on recent guidance information provided by British Cycling we have updated our club rides and events.

As you may know, all racing in the UK (as well as everywhere else) has been postponed or cancelled. This also sadly applies to our Open TT and initial part of the evening TT series. In line with this the club will also cancel club rides until at least the end of April or until further advice is given.

It’s a massive shame but we have to do the right thing.  As you are aware, this is a rapidly changing situation so please keep up-to-date with the latest government and BC guidance.

Stay safe and look after yourselves and families.

Happy New year from VC Bristol.  After a successful 2019 we have a full calendar of events planned for the year ahead.  This post will be updated with further details as they are confirmed and they will be added to the events calendar.

The next tranche of Turbo sessions is up and running and we are once again offering a special Turbo+Membership deal: sign up for an 8-week structured turbo training programme plus club membership for just £45!  Application form below:
Fill out my online form.
There are tons of Wufoo features to help make your forms awesome.
Leave a comment
October 27, 2019

Due to the poor weather on the original date the hill climb has been rescheduled.

Test yourself against Belmont Hill in the annual club hill climb championships on 27th October.

Keep an eye on the club Facebook page for details of the ride out to the course from Warmley.

Gilets…the best a man can get

We are now taking orders for a new club gilet.  Orders will be open until the end of June so if you would like to pick up this latest piece of stylish kit place you order now to avoid disappointment.
Fill out my online form. 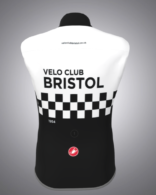 The third evening time trial of the series was once again held on a shortened course due to the ever-present roadworks.  Sodbury Cycle Sport hosted the event that saw 25 riders compete.

Thanks to SCS for organising the marshalls and timekeepers.

Thirty three riders turned up to ride the first of the evening time trial series.  The first event, hosted by VC Bristol, was held in ideal conditions on a shortened course (7.3 miles due to roadworks)

Thanks as always go to marshalls, timekeepers and organisers.